Baška is a prominent tourist place at the island Krk and has a century long tradition in this area. In the year 2004 the 100th anniversary of the organized tourism was celebrated. However, many do not know that Baška was inhabited already in the Stone Age, what many archaeological findings confirm. Later came - Japodi the Illyrian tribes and after them the Romans. Many overlords were here. After the Romans came the Byzantine Empire, in the Medieval ruled the island the domestic princes Frankopan, which bent them to Venice. In turbulent history the island was also under Napoleon's government and Austria-Hungary governed the island until the end of the 1st World War. Afterwards, in1918. Baška was assigned to the SHS- kingdom

In the past, the island has had good trade relations with the Mediterranean area. Each of nations with whom the relations were present has left their traces in the life of the island. ulazExcept the findings from the early Christian time, is the Baščanska ploca - Baška board, from the year 1100 worldwide well-known. It is the oldest monument in the Croatian language - in glagolitic writing, and it proves that the island Krk and Baška have been a part of Croatian state. Baška board is deeded from the Croatian king Zvonimir to the glagolitic Benedictines. The board is situated in St. Lucia's chapel in Jurandvor, besides the city Baška. The island inhabitants have preserved their writing - glagolitic writing, customs and tradition, language as well as their identity until today. In Baška was started the project, called the "Charmig world of the Baška stones". The first part of the project is a glagolitic runway and at the mountain Treskavac, besides the main street, is a stone sculpture of the sculptor Ljubo Karin, which represents the glagolitic letter A. So is connected the original nature energy, from Baška valley, to glagolitic writing and to Baška board.

In the past, many wanted to control the island because of the beauty and wealth of the island, which they also utilizedmaximally. The Romans and the Venice called the island "the happy and golden island". The islanders have retained their language, writing- glagolitic alphabet, customs and folklore to the present time. In the summer traditionally are held concerts of the Klapa's and the people folklore dances (kanat and tanac). The old part of Baška is interesting because of Mediterranean architecture, close lanes and terasses, where the farmers and fischers of the island Krk lived during the turbulent island history, and they preserved until today their identity.

Turbulent history shows that many wanted to control the island, because of the nature wealth and the beauty. After the Illyrian tribes, the Romans settled, and they called the island "the happy island and the golden island" (felix Insula/Insula aurea). After the Romans, the Byzantine Empire came. In the medieval the domestic princes Frankopan ruled the island; afterwards it was controlled by Venice, then by Austria- Hungary to end of the 1st Word war. Already 3000 years ago the island has had good trade relations with the remainder of the Adriatic and a part of the Mediterranean. Today the tourists come mainly, in order to admire the nature beauty of the island and the city Baška. 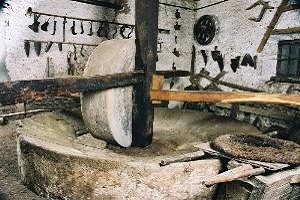